ASP.NET extends the Microsoft .NET platform with tools and libraries for building web applications and services.

The original .NET Framework (Windows only), introduced a server-side event-driven approach called Web Forms. This technology is still widely used and supported. Later versions of the .NET Framework include ASP.NET MVC and the ability to design your web applications in a Model-View-Controller style. Embracing an MVC approach can make it easier to include things like automated unit testing and 3rd-party client-side frameworks like Angular and React.

With .NET Core (and .NET 5), it is possible to develop and deploy ASP.NET-based applications on any platform (Windows, Mac, and Linux). These newer versions of .NET include built-in support for other modern development technologies such as real-time content, microservices, and Docker.

Accelebrate's ASP.NET courses are typically taught using Visual Studio on Windows, but can also be taught using VS Code (on any platform), or with the Rider IDE from JetBrains. 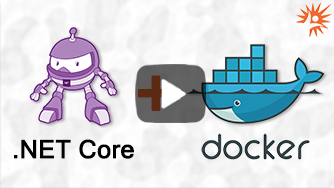