To follow along with this React tutorial, you can visit GitHub to download the code we will use. We have some setup instructions on the readme file for the repository for you to code along with this lesson.

In this tutorial, you will learn how to optimize the re-rendering of a component using the Callback Hook. We will start it up by typing 'npm start' in the App.js file. This will launch the application in your default web browser and you will see a simple application that allows us to add, edit, and delete cars. You will notice when we click the edit button, it will go to "edit" mode and if you click the cancel button, it will go back to "read only" mode. 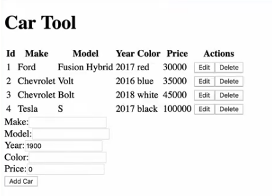 In CarForm.js, you will see we have a CarForm component. Here is where we are going to put a console log.

We will see 'rendering car form' each time this CarForm component function is called.

Now if we open our developer tools to the Console and click edit, it renders the car form again. Now, nothing changed in the car form, but it rendered the parent component app. This not only renders the app itself as well as the table, but renders any other components under it, including CarForm. 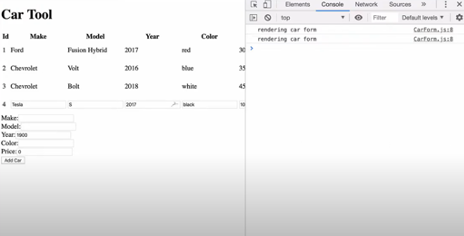 What can we do to improve the performance to only render CarForm when something is changing and being passed into CarForm? We could use the memo function.

I will go to line 4 and type 'memo' and then we can wrap everything in our memo function. The memo function will only surrender when we change the incoming props. It is a shallow comparison, but if you pass the same primitive values that are the same object references, it will only re-render when changed values are passed in.

If we reload now, you will see it still rendered it again. But why did it render when we are not changing this button text at all? Our button text is hard coded to addCar. The culprit here is the appendCar function on submit. Each time we called this app function, it produced a brand new appendCar function, which is a new object reference.

Then that new object reference being passed is causing the memo function to think something has changed so it re-renders the component.

That is where the callback hook comes in. We can type useCallback (line 1) to remember the previous callback function so it will use the previous callback function instead of always producing a new one. We will wrap a callback around this function and this array (line 19) is going to represent dependencies with which we might be working. So, for example, the dependency here is the array of cars, which is what it's actually complaining about here. So instead, we could type 'cars' and save that.

App.js
Here is the code as shown in App.js: 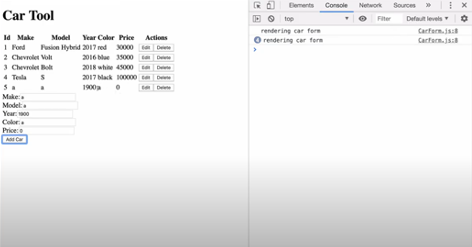 Eric is a professional software developer specializing in HTML, CSS, and JavaScript technologies. He has been developing software and delivering training classes for nearly 19 years. He holds the MCSD Certification for ASP.NET Web Applications and is a Microsoft Certified Trainer.