Look, I get it. Learning new things is hard, and it's scary. I know. I teach technical training classes for a living, so I see it all the time. I also am a writer, a speaker, and a software developer, which means I have to learn new things all the time, and it's hard.

But seriously, if you already know Java (and I'm talking the standard stuff, not that newfangled lambda weirdness which we'll save for other blog posts), you can add Groovy with minimal effort and enormous gain. You don't have to dig into every little facet of the language. Just a few additions to your coding tool kit can make a huge difference in your job.

I've been recommending Groovy for Java deveopers for years?—?even writing a popular and well-reviewed book on it (Making Java Groovy, available here at Manning, or at here at Amazon or wherever better development books are sold or wherever I can convince them to sell it), and it seems I'm beginning to develop a bit of an attitude. I get that. I'll try to keep it in check, at least for the rest of this article.

Earlier articles I've written here have tried to demonstrate how adding Groovy can help you. Heck, I spent an entire blog post just on POGOs, if you can believe it. And you're still not convinced? Seriously? What does it take to get through to you? 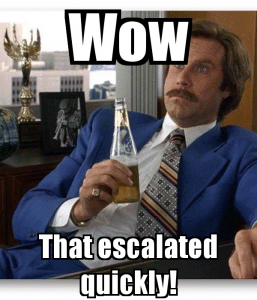 In this article, I'm going to show a great feature from Groovy known as Abstract Syntax Tree (AST) transformations. Hopefully they will both dazzle and amaze you, and maybe even convince you to give Groovy a try.

AST transformations are triggered by an annotation and an implementation class. The annotation tells Groovy that during the compilation process, after it has built an abstract syntax tree from the source code, it should then execute the implementation, which generates new code in a controlled way.

Here's a trivial example. Below is a simple Plain Old Groovy Object (POGO):

This is Groovy, so:

Not bad for five lines of code. But it gets better. If I add the annotation @ToString to it, as in:

Now the class has a generated toString method (i.e., an override of public String toString() from Object) that returns the fully-qualified class name followed by the values of the attributes in order, top down:

Btw, here I'm using Java 8's LocalDate class from the new java.time package, because why not?

If the compiler can generate a toString method, what about overrides for equals and hashCode?

Funny you should ask:

With Java, we use the equals method rather than the == operator, but in Groovy all operators actually invoke methods. The == operator here calls the generated equals method, so we're good. The @EqualsAndHashCode AST transformation generates both equals and hashCode methods according to the prescription laid down in Josh Bloch's Effective Java book long ago.

The philosophy is, hey, if an IDE can generate that, why can't the compiler? Here it can, and does.

That works, too. Sweet. The combination of @ToString, @EqualsAndHashCode, and @TupleConstructor is so popular that there's a short cut for it. It's called @Canonical, and does the same thing.

The result is that our little POGO here now has, in additon to the private attributes and public getters and setters listed earlier:

That's all in six lines of code (plus the import statement).

This is one of my favorites. Say you have a composition relationship, where a whole is made up of various parts. Then you would like the methods in the contained objects exposed through the container.

Here's an example. A SmartPhone is composed of a Phone, a Camera, and more. Here's a start:

I would like to be able to invoke dial and takePicture on the SmartPhone directly, and have it call the same methods on the internal objects and return the results. I could write all those delegation methods, or use the @Delegate AST transformation.

Now all public methods is both Phone and Camera are exposed through the SmartPhone class. You don't have to write any of the relevant methods?—?the compiler generates them for you.

Here's a variation of the last example:

Note again that the manufacturer property provides a getManufacturer method, which is what I'm calling on the SmartPhone.

There's an answer, and then there's an explanation, which shows how to handle this situation in reality.

The answer is: Phone wins, because it's first in the class (read top down).

Why does it work that way? Because the @Delegate annotation works by adding “missing” methods. When the compiler starts processing the SmartPhone class and sees the annotation on Phone, the getManufacturer method does not yet exist on SmartPhone, so the compiler adds it. By the time it hits the Camera class, the method isn't missing anymore.

That's the key to the right way to handle this problem. If you don't want to rely on the default, or you have an alternative implementation in mind, just add it. Groovy won't replace something that's already there.

How cool is that?

All the cool[2] kids these days are learning about concurrency, with all those cores and clouds and whatnot. Concurrency is really hard if you have, as the saying goes, “shared mutable state”. 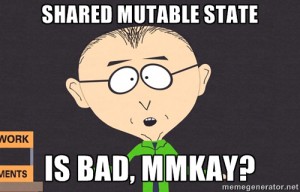 Even that's not enough. You could try to do all that, or you can use the @Immutable annotation from Groovy, which does all of that for you.

This Contract class has a default and tuple constructor, along with the normal map-based constructor. Dates and strings are defensively copied. The attributes are marked final, and any attempt to change them results in a ReadOnlyPropertyException. There are no getter methods.

All currency denominations are in quatloos[3]. Good luck cashing that.

The class also provides a toString, an equals, and a hashCode method. Again, all of that from about half a dozen lines of code.

Would you rather write the corresponding class in Java, which would take well over 50 lines? I think not.

The @Sortable AST transformation adds code to make the class implement Comparable based on its attributes. Here is a class to represent golfers:

Of course, that's not how you sort golfers. Fortunately, the annotation takes an includes argument which can list the proper ordering:

Fans of CaddyShack[4] will recall however, that Ty Webb didn't sort golfers that way. 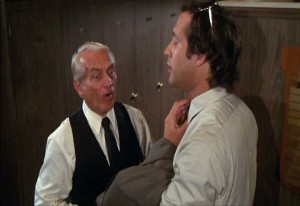 Judge Smails
Ty, what did you shoot today?

Judge Smails
Then how do you measure yourself with other golfers?

With that in mind, here's the new class:

The new result is now:

This does include a bit of a kludge. The sort is in ascending order, so to make it go the other way I stored the negative of the height. The client doesn't have to know that, though, because I took the absolute value when returning it, or when printing it in the leaderboard.

Finally, did you notice how I used a value.abs() method on the property rather than the Java Math.abs(value)? That's one of the cool things about the Groovy JDK. It often takes static methods from one class and makes them easier to use instance methods of another. The Groovy JDK is full of great stuff, but that will be the subject of a future blog post.

Groovy provides Abstract Syntax Tree transformations, which modify the code during the compilation process, known as compile-time metaprogramming. Writing them is a bit of tedious process, but using them is trivially easy. In this post I reviewed @ToString, @EqualsAndHashCode, @TupleConstructor, @Canonical, @Delegate, @Immutable, and @Sortable.

The Groovy library includes several more, like @Singleton, @Lazy, @TypeChecked, and even @CompileStatic.

AST transforms save you so much work, it's worth asking why you aren't already using them. So, why not? Don't you want to go home at night? Wouldn't you like to avoid working on the weekends?

It's time to go for it. Add Groovy to your Java projects today. 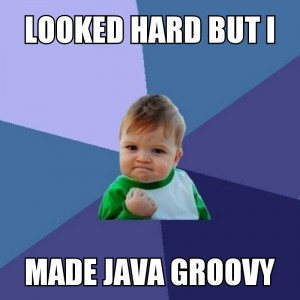