Accelebrate's on-site Git training classes are taught at locations throughout the Vancouver area and other British Columbia venues.

Your company helped our team to get to the point where we were able to work independently on projects.

Touches on many aspects of administering a robust database, handy for knowing all the things you could do and how to get there.

Accelebrate worked with me and my team to create a class tailored for my team. The instructor was very knowledgeable and professional and did not only stick to the contents of the course, but went out of his way to ensure that there were no questions unanswered. Upon the mid-class evaluation, the president of the company called me to discuss the areas of improvement, and we were able to make adjustments to the method in which the course was being delivered. I would not think twice before asking Accelebrate to deliver my next training session.

If you missed our free, live Introduction to the Git Workflow you can still view the recorded version here: 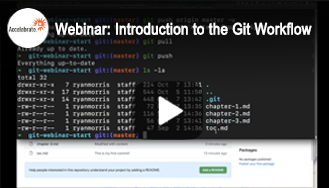